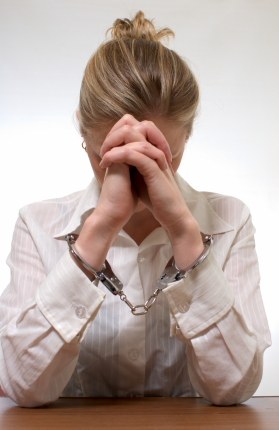 You have the right to remain Silent...

What You Should Know

Please be aware that any law enforcement officer can make an arrest. While a warrant is often required, it is NOT always required. A warrant is a legal order, issued by a judge, describing the charge and the person to be arrested. The warrant directs the arresting officer to bring the person described in the warrant before the court issuing the warrant.

If any of the following circumstances exist, a warrant is NOT necessary for an arrest:

Neither a law enforcement officer, nor anyone else can legally force a suspect to answer questions, or sign papers. If the suspect is threatened and forced to give incriminating evidence, its use in court can be prevented.

To insure that you receive the rights due you, call Richard Zambon immediately if you, or a loved one, has been arrested, or, if you suspect that you are under investigation. 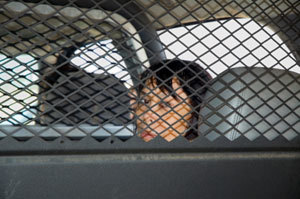 Bill of Rights
5th Amendment - Trial and Punishment, Compensation for Takings.
Ratified 12/15/1791.
"No person shall be held to answer for a capital, or otherwise infamous crime, unless on a presentment or indictment of a Grand Jury, except in cases arising in the land or naval forces, or in the Militia, when in actual service in time of War or public danger; nor shall any person be subject for the same offense to be twice put in jeopardy of life or limb; nor shall be compelled in any criminal case to be a witness against himself, nor be deprived of life, liberty, or property, without due process of law; nor shall private property be taken for public use, without just compensation."

6th Amendment - Right to Speedy Trial, Confrontation of Witnesses.
Ratified 12/15/1791.
"In all criminal prosecutions, the accused shall enjoy the right to a speedy and public trial, by an impartial jury of the State and district wherein the crime shall have been committed, which district shall have been previously ascertained by law, and to be informed of the nature and cause of the accusation; to be confronted with the witnesses against him; to have compulsory process for obtaining witnesses in his favor, and to have the Assistance of Counsel for his defence."

8th Amendment - Cruel and Unusual Punishment.
Ratified 12/15/1791.
"Excessive bail shall not be required, nor excessive fines imposed, nor cruel and unusual punishments inflicted."

Constitution of the State of Michigan, Article I
The State of Michigan has spelled out rights in the State Constitution. Article I, Section 20 "Rights of the Accused in Criminal Proceedings" states "In every criminal prosecution, the accused shall have the right to a speedy and public trial by an impartial jury, which may consist of less than 12 jurors in prosecutions for misdemeanors punishable by imprisonment for not more than 1 year; to be informed of the nature of the accusation; to be confronted with the witnesses against him or her; to have compulsory process for obtaining witnesses in his or her favor; to have the assistance of counsel for his or her defense; to have an appeal as a matter of right, except as provided by law an appeal by an accused who pleads guilty or nolo contendere shall be by leave of the court; and as provided by law, when the trial court so orders, to have such reasonable assistance as may be necessary to perfect and prosecute an appeal."

Please note that this document has been prepared as a public service. It's purpose is to inform you of your legal rights.

For legal advice if you or someone close to you has been, or is likely to be, arrested, please call Richard Zambon.

A jury consists of twelve persons chosen to decide who has the better lawyer. ~ Robert Frost