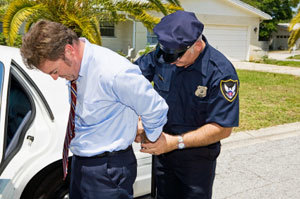 When you or a loved one is arrested, the first 24 hours are crucial. Upon arrest a person is taken to the local jail and "booked in."  The book in process includes the taking of fingerprints, a mug shot and background information. The police often question a person at that time when he/she is most vulnerable. Quite often the person will make incriminating statements which could be used against him/her.

The person is supposed to be arraigned within 24 hours of the arrest. The Arraignment is the formal court proceeding where the judge tells the person what the charges are, what the maximum penalty is and may ask if the person pleads guilty or not guilty. A future court date called a preliminary examination may be set at that time if the person is charged with a felony. Most importantly, the judge will set bond or as it is sometimes called, “bail”.

Obviously it is critical to call an attorney as soon as an arrest is made. The attorney can advise as to whether or not the person should make a statement to the police, what plea to enter, if any, at the Arraignment and can recommend which bondsman to hire. The attorney may also be able to appear at the Arraignment and request a bond that will not cost you, or your loved one, any money.

Justice is open to everyone in the same way as the Ritz Hotel.  ~ Judge Sturgess