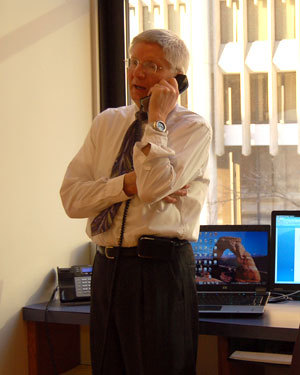 The good lawyer is not the man who has an eye to every side and angle of contingency, and qualifies all his qualifications, but who throws himself on your part so heartily, that he can get you out of a scrape. ~ Ralph Waldo Emerson

Richard Zambon is the lawyer to get you out of a scrape. A member of the Bar Associations of both Michigan and Illinois, Richard Zambon has spent his career fighting for the rights of defendants.

This is a court of law, young man, not a court of justice.  ~ Oliver Wendell Holmes, Jr., Associate Justice of the Supreme Court of the United States

Justice is incidental to law and order.  ~ John Edgar Hoover, First Director of the Federal Bureau of Investigation

Since 1980 Richard Zambon has made it his mission to provide a defense to just such attitudes as those of J. Edgar Hoover. Each defendant deserves to have a champion in the courtroom advocating for his/her rights and to present a vigorous defense on his/her behalf. Being in court is about winning. Both Justice Holmes and Director Hoover knew that. The courtroom a place to argue rules of law, and to battle to protect the rights of, and make a case for, the defendant.

A lawyer's time and advice are his stock in trade. ~ Abraham Lincoln

President Lincoln, a country lawyer before his stint in the Oval Office, knew, like Richard Zambon, that an attorney must hone his skills to use his time on your behalf to provide excellent counsel and advice. For thirty years Richard has built a strong reputation for his well reasoned advocacy on behalf of his clients in criminal court. His experience and knowledge make him the obvious choice for anyone brought to court on a criminal matter.

Bulls do not win bull fights; people do. People do not win people fights; lawyers do. ~ Anonymous